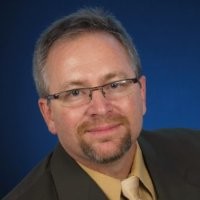 Tony Anderson, DHSc, ELD is a multi-site laboratory director for Aspire Fertility as well as the founder of EmbryoDirector IVF Academy USA. Anderson started his career in the bovine laboratory in 1990 at Granada Biosciences and made it to the human laboratory in 1992 at IVF America in Livingston New Jersey. Dr. Anderson moved to North Carolinato work at Presbyterian Hospital under the direction of Dr. Klaus Wiemer in 1992. In 2009 Tony took on the challenge of a new start up in San Antonio at RMATX that has grown to 2 IVF centers and 2 satellite centers. Dr. Anderson has been an early adopter in blastocyst embryo transfer, cryopreservation and pioneered blastocyst biopsy with and without laser technology for genetic testing.

Dr. Anderson completed his undergraduate studies at Oklahoma State University in Animal Science and Masters in Clinical Embryology studies at Leeds University under the direction of Professors Alan Handyside and Helen Picton. These studies focused on cryopreservation and non-invasive methods of predicting euploidy in early embryos. Tony completed his doctoral studies at a Nova Southeastern University, a private university in South Florida. These doctoral studies focused on the comparison of cryopreservation methods of oocytes as well as pre-implantation genetic testing (PGT) of embryos for optimized outcomes.