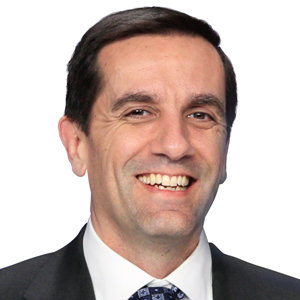 Steve was appointed CEO in October 2019. He has served as a member of the INVO Bioscience Board of Directors since October 2017.

Prior to joining INVO Bioscience, he served as Chief Financial Officer of Eastside Distilling (ticker: EAST) since October 2015. Prior to joining Eastside, Steve served as an Officer and Director of XZERES Corp, a publicly-traded global renewable energy company, from October 2008 until April 2015 in various officer roles, including Chief Operating Officer from September 2014 until April 2015, Chief Financial Officer, Principal Accounting Officer and Secretary from April 2010 until September 2014 (under former name, Cascade Wind Corp) and Chief Executive Officer and President from October 2008 to August 2010. Steve also serves as Managing Principal of Core Fund Management, LP and the Fund Manager of Core Fund, LP. He was a founder of Revere Data LLC (now part of Factset Research Systems, Inc.) and served as its Executive Vice President for four years, heading up the product development efforts and contributing to operations, business development, and sales. He spent six years as an investment research analyst and portfolio manager of D.N.B. Capital Management, Inc. His previous employers include Red Chip Review and Laughlin Group of Companies. He earned a BS in Finance and a BS in General Management from Portland State University in 1992.