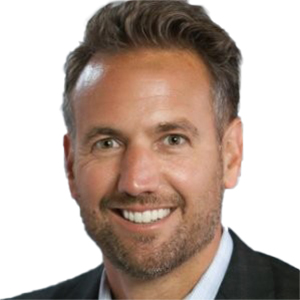 Matthew was appointed to the Board of Directors of INVO Bioscience in September 2020.

He is currently the Executive Vice President and Chief Financial Officer of S&W Seed Company where he has served since March 2010. Matthew brings a wealth of knowledge in mergers and acquisitions, corporate strategy, equity and debt financings, corporate governance, SEC reporting and compliance, technical GAAP, and developing and implementing financial and operational workflows and process improvements. Matthew also has extensive experience in international operations, joint ventures and technology license agreements. During this tenure, Matthew has been instrumental in negotiating, structuring, and integrating seven strategic acquisitions and raising over $200 million in equity and debt financings for the company.

Matthew also serves on the board of directors and as Chairman of the Audit Committee of SenesTech, a publicly traded life science company with next generation technologies for managing animal pest populations through fertility control.

From 2007 until 2011, Matthew served as the Chief Financial Officer for Cardiff Partners, LLC, a strategic consulting company that provided executive financial services to various publicly traded and privately held companies. From 2003 to 2006, Matthew served as Chief Financial Officer of Rip Curl, Inc., a market leader in wetsuit and action sports apparel products. From 1996 to 2003, Matthew was a Certified Public Accountant with KPMG in the San Diego and Chicago offices and served as an Audit Manager for various publicly traded companies. Matthew graduated from the University of Illinois, Champaign-Urbana with a BS in Agricultural Economics/Accountancy. He is a Certified Public Accountant in the State of California.