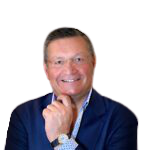 Francisco Arredondo MD, MPH, FACOG graduated summa cum laude from the Monterrey Institute of Technology and Higher Studies School of Medicine in Mexico. In 1991, the Mexican president honored him as “one of the best medical students in the country.” Two years before that, Dr. Arredondo found his passion in fertility while collaborating with Mexico’s first successful In Vitro Fertilization team. His determination to become a fertility specialist led him to do: research at the World Health Organization’s Reproductive Biology Center in Mexico City; an internship in Kahn Mount Sinai School of Medicine in New York City; an OBGYN residency at University of TexasHealth Science Center of San Antonio, Texas; a Fertility Fellowship at Hospital of the University of Pennsylvania; and a Master’s in Public Health at Harvard University where he focused on international health and business management. He practiced as an OBGYN in rural Kentucky and later became an Assistant Professor of Reproductive Biology at Case Western Reserve University in Cleveland, Ohio. Dr. Arredondo’s 40th birthday inspired him to combine his medical, entrepreneurial, and management skills to follow a new path as a “MedikalPreneur” — a term he coined — which led him back to San Antonio to open his own fertility center. Over 13 years, he and his three-member team grew a network of fertility centers and entrepreneurial ventures with more than 80 team members. In 2018 and 2019, some of his corporations underwent two mergers and made him the Chief Medical Officer of America’s largest network of fertility centers, overseeing more than 50 fertility specialists. After achieving his professional and financial goals, Dr. Arredondo sold his interest in many of his companies and embarked on a new venture: Social Entrepreneurship to democratize fertility services. A member of the medical advisory board for various American companies, he also advises national and international private equity firms that focus on health investments. Dr. Arredondo shares his success secrets so you can become a MedikalPreneur to transform your medical practice, achieve your greatest professional fulfillment, and maximize your financial potential.